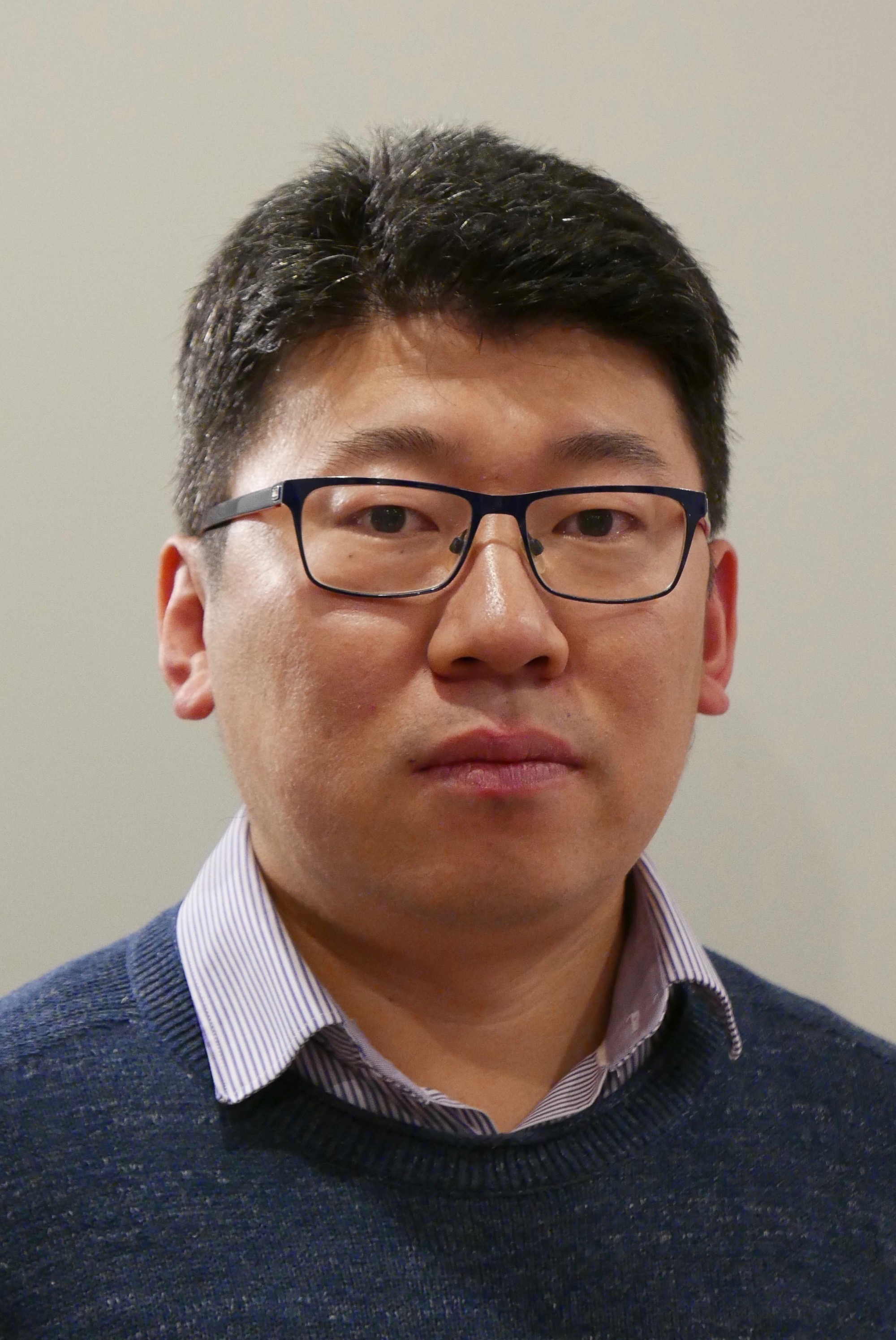 I am a senior lecturer (associate professor) of Robotics and Autonomous Systems at the School of Engineering, Cardiff University. I am also the co-leader of the Cross-Cutting research theme of AI and Robotics, and theme leader/co-investigator of the IROHMS (Research Centre for AI, Robotics and Human Machine Systems) funded by ERDF through WEFO.

I am managing the Robotics and Autonomous Systems laboratory, which provides cutting-edge robotic facilities, including two Kuka Lbr iiwa robots, three Kuka youbots, some turtlebots, and some small drones. We have also built two USVs (unmanned surface vehicles) with student projects in the past years. See the page Facilities for details about the robots.

I received my PhD from Cardiff University sponsored by the EC FP6 project TAI-CHI (Tangible Acoustic Interfaces for Computer Human Interaction), which won the best exhibit prize of EU FP6 exhibition in Helsinki, Finland. Before that, I obtained my MSc in computer science and BEng in Electronics Engineering from Birmingham University and Jilin University respectively.

I have held multiple positions as a robotics and autonomous systems researcher and engineer in both academia and industry (Dyson, Lenovo, and Autonomous Surface Vehicles). Before these, I had been working as a research fellow in academia for a number of EU FP6 & FP7 projects, such as TAI-CHI, IWARD (Intelligent Robot Swarm for Attendance, Recognition, Cleaning, and Delivery), ROBOSKIN (Skin-based technologies and capabilities for safe, autonomous and interactive robots), and SRS (Multi-Role Shadow Robotic System for Independent Living).

You can even add a little note about which of these is the best way to reach you.